Kim Kardashian Is Now Officially a Billionaire, according to forbes  Kim Kardashian Was Mention In Forbes years Back in 2016 after making a whooping $51million dollars from her Game 5 Years into the Future.

She’s Now Officially recognised as a Billionaire, Her over  her Five Year’s Journey, Kim Kardashian has Acquired Wealth From Her Reality Show, Her Beauty stores Kkw and Skims, Endorsement deals and other stuff.

We don’t know about other estimated revenue comes From Her Real Estate Read More about How she started here.

Check Instagram page to see more Information on how she earn.

ALSO Check: Ayotemi, The next Afrobeats Star to take on the world. 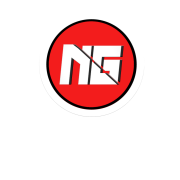